A loop bus has exactly six stops on its route. The bus first stops at stop one and then at stops two, three, four, five and six in that order. After leaving stop six, the bus returns to stop one and continues around the loop again. The stops are at six buildings that are in alphabetical order. Garfield Harrison, Johnson, Kennedy, Lincoln and Madison.

44 of 100
If the TAP is coded as SZO, then how is FREEZE coded?
45 of 100
Choose the alternative figure which closely resembles the mirror image of the given combination. TARAIN1014A

47 of 100
Choose the figure which is different from the rest.

48 of 100
If white is called blue, blue is called red, red is called yellow, yellow is called green, green is called black, black is called violet and violet is called orange, what would be the color of human blood?
49 of 100
Which alphabet will be 14th to the left of 8th alphabet from the right in the following series of letters? A O B P C Q D R E S F T G U H V I W J X K Y L Z M N
50 of 100
Arrange the words given below in a meaningful sequence.
1. Presentation 2. Recommendation 3. Arrival 4. Discussion 5. Introduction.
51 of 100
Choose the right figure from the set of answer figures which would replace the question mark (?) 55 of 100
Select a suitable figure from the Answer Figures that would replace the question mark (?) 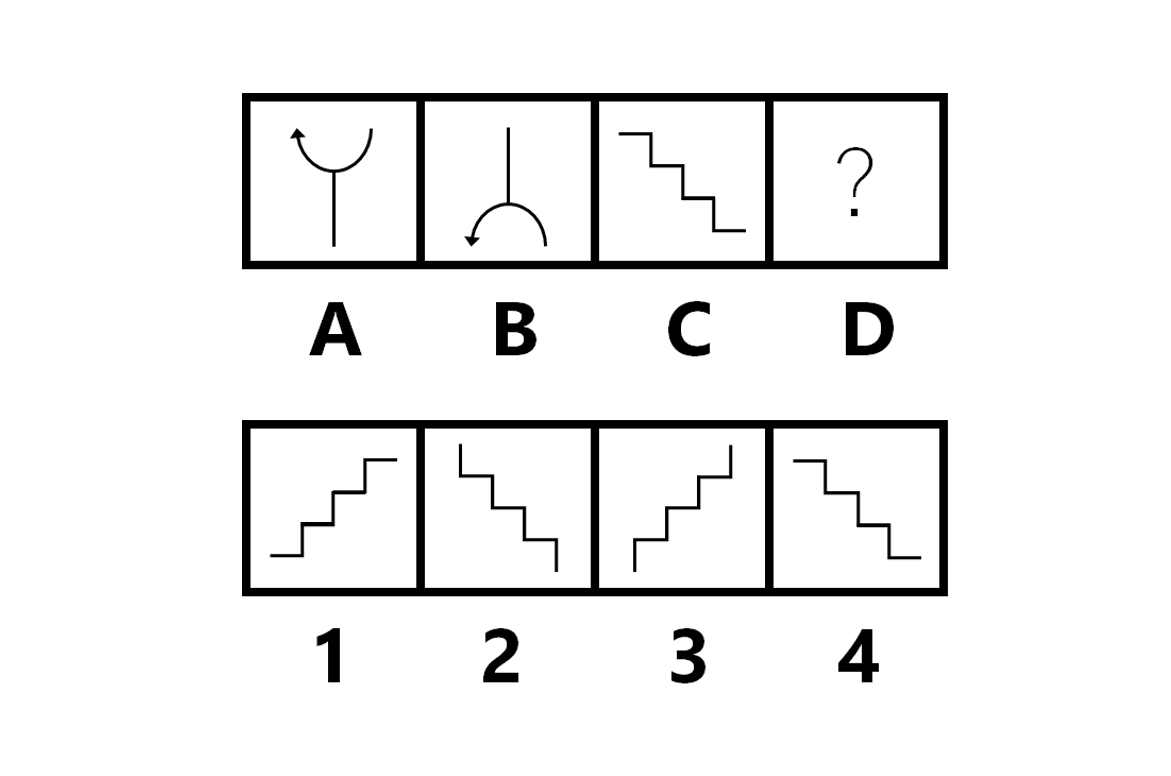 56 of 100
Should there be student’s union in a college/university?
Arguments:
I.No. This will create a political atmosphere in the campus.
II. Yes, it is very necessary as students are the future political leaders.
57 of 100
Statement: The world is neither good nor evil, each man manufactures a world for himself.
Conclusions:
I. Some people find this world quite good.
II. Some people find this world quite bad.
58 of 100
Complete analogous pair: Thermometer : Temperature
59 of 100
The evening is to morning as the dinner is to?
60 of 100
If the letters in the word RUTHENIUM are rearranged in the alphabetical order, which letter will be second to the right of the middle letter?
61 of 100
The number of triangles in the given figure is:

62 of 100
Cube is related to Square in the same way as Square is related to:
63 of 100
Find out the alternative figure which contains figure (X) as its part.

64 of 100
Find out the alternative figure which contains figure (X) as its part. 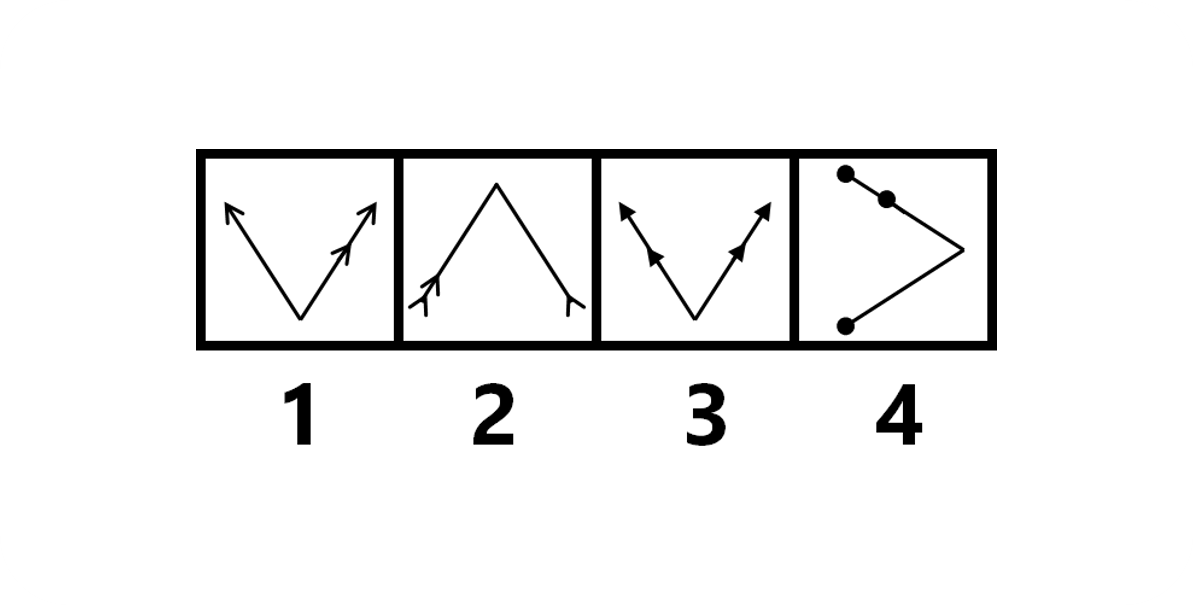 70 of 100
Which of the following numbers is different than others?

Read the text given below and then answer the following questions.

Different colors can affect us in many different ways; that’s according to Verity Allen. In her new TV series ‘Color me Healthy’, Verity looks at the ways that colors can influence how hard we work and the choices we make. They can even change our emotions and even influence how healthy we are.
‘Have you ever noticed how people always use the same colors for the same things?’ says Verity. ‘Our toothpaste is always white or blue or maybe red. It’s never green. Why not? For some reason, we think that blue and white is clean, while we think of green products as being a bit disgusting. It’s the same for businesses. We respect a company which writes its name in blue or black, but we don’t respect one that uses pink or orange. People who design new products can use these ideas to influence what we buy.’
During this four-part series, Verity studies eight different colors, two colors in each program. She meets people who work in all aspects of the color industry, from people who design food packets, to people who name the colors of lipsticks. Some of the people she meets clearly have very little scientific knowledge to support their ideas, such as the ‘Color Doctor’ who believes that serious diseases can be cured by the use of colored lights. However, she also interviews real scientists who are studying the effects of green and red lights on mice, with some surprising results.
Overall, it’s an interesting show, and anyone who watches it will probably find out something new. But because Verity goes out of her way to be polite to everyone she meets on the series, it’s up to the viewers to make their own decisions about how much they should believe.